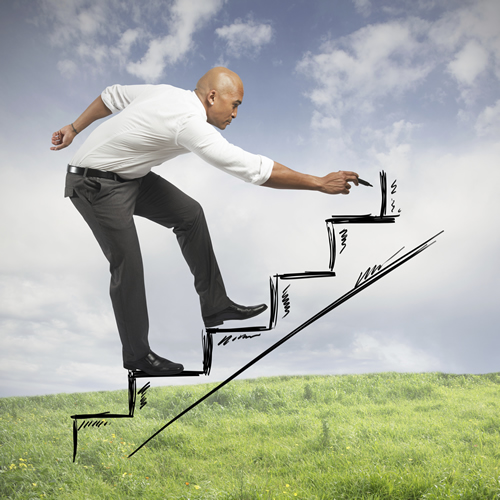 If you’re a seasoned manager, supervisor or team leader, this course will assist you in adding the finishing touches to your professional growth. Learn the in-depth elements needed to succeed.

“Personal development is a major time-saver. The better you become, the less time it takes you to achieve your goals.” ―Brian Tracy

“Those who do not move, do not notice their chains.” Rosa Luxemburg

“Every moment of one’s existence, one is growing into more or retreating into less.” ―Norman Mailer

“You cannot dream yourself into a character; you must hammer and forge yourself one.” ―Henry David Thoreau

“Change equals self-improvement. Push yourself to places you haven’t been before.” ―Pat Summitt

“Personal development is the belief that you are worth the effort, time and energy needed to develop yourself.” ―Denis Waitley

We are what we repeatedly do. Excellence, then, is not an act but a habit.” – Aristotle

Despise learning, and make everyone pay for your ignorance. – Chinese Proverb

“Motivation is what gets you going. Habit is what keeps you going.” —John Wooden

We can evade reality, but we cannot evade the consequences of evading reality. – Ayn Rand

“It is better to deserve honors and not have them than to have them and not deserve them.” – Mark Twain

The value of an idea lies in the using of it. – Thomas A. Edison

“Failure is not fatal, but failure to change might be.” – John Wooden

“Without continual growth and progress, such words as improvement, achievement, and success have no meaning.” – Benjamin Franklin

“The most dangerous poison is the feeling of achievement. The antidote is to every evening think what can be done better tomorrow.” – Ingvar Kamprad- Founder of IKEA

“The more sand has escaped from the hourglass of our life, the clearer we should see through it.” – Niccolo Machiavelli

The proof that you know something is that you are able to teach it. – Aristotle

You never want to be completely alone at what you do. Competition is good for everyone. – Marc Benioff (Salesforce)

Everyone is a genius. But if you judge a fish on its ability to climb a tree, it will live its whole life believing that it is stupid. – Albert Einstein

Don’t be cocky. Don’t be flashy. There’s always someone better than you. – Ton Hsieh

“Men of genius are admired, men of wealth are envied, men of power are feared, but only men of character are trusted.” ― Zig Ziglar

Failure is success if we learn from it.” – Malcolm Forbes

Don’t worry about failure; you only have to be right once.” — Drew Houston, founder and CEO of Dropbox

“You need to have a culture instead of a payroll so that people watch themselves. What does this? Not money, but enhanced self-esteem.” — Steve Wynn

It’s one thing to shoot yourself in the foot. Just don’t reload the gun. – Senator Lindsey Graham

“Without continual personal development, you are now all that you will ever become.“ – Eli Cohen

“Repeat anything often enough and it will start to become you. “ – Tom Hopkins

“Life begins at the end of your comfort zone.” – Neale Donald Walsch

“There are two ways of spreading light: to be the candle or the mirror that reflects it.” – Edith Wharton

“There is only one corner of the universe you can be certain of improving, and that’s your own self.” – Aldous Huxley

Chase the vision, not the money, the money will end up following you.” — Tony Hsieh, CEO of Zappos

Questions?
Not affiliated with a corporation? We have learning programs that cater to your needs…